Welcome to the wonderful world of working or simply being stuck at home for the unforeseeable future! I have volunteered myself to be your guide into this foreign and strange situation we, collectively as a society, have found ourselves in. For the last 6 years, I have been a work-at-home broke fuck who must scrounge in the Youtube and internet mines for entertainment on a budget that can only afford me better-than-average potato chips as a rare and wondrous indulgence. Today, I am opening up my treasure trove of various internet goodies that you can subject yourself too when you start to feel like Jack Torrance.

Jacob “The Carpetbagger” has been traveling across the U.S.A. on a personal mission (born from a genuine love of kitsch and Americana) to visit as many unknown, small time, lesser appreciated or outright abandoned tourist traps of many flavors. From museums dedicated to the concept of failure, to pop-up art installations, to (as seen in the above video) abandoned Flintstone theme parks covered in various bleached animal bones, Jacob only wants to take you on a journey to the stranger parts of the American landscape. I appreciate his compassion for the creators of these endeavors and for his sincere respect for the artistry on display in all of his videos. I have long been a proponent of demanding people pay more attention to the bad art in the world and to give it more credit that just something to laugh at. Behind all of these oddities are stories and Jacob will do his best to fill in the blanks for you when he does have that information available.

If you like his work, you can support him on Patreon where $3 will get you a postcard.

Voiced by a man with the most gentle, soothing and pleasant southern accent every emitted by a human being, The Crafs Man Show is a DIY instructional video series on how to make anything from toys to movie props to jewelry and anything in between. The titular Crafs Man is seen as only a pair of hands and a homemade puppet that do their best to guide you step by step on things you really can do from home. Er, not right now though. Unless you have a lot of silicone laying around.

But the videos are soothing and entertaining. Perfect for when you’re trying to lull yourself to sleep or just quell an anxiety attack or throw on in the background while you work on something else. It’s hard not to become enamored with the kind and encouraging host; he seems to have a deep respect for his audience and their abilities to do as he does and ends each “episode” with a kind word to you, the viewer.

If you like his work, you can support “TheCrafsMan” on Patreon. 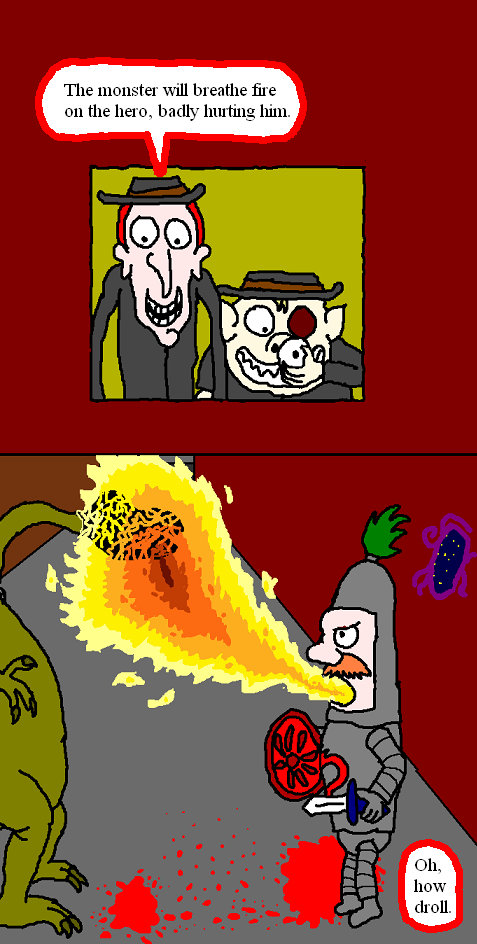 Someone once described the work of Thorby as “just good enough to get the general idea across” and that’s the perfect description of a comic that you may look at and go “I’m not reading this shit”. Well guess what, you judgmental freak? This is probably one of the best comics ever made and you’re missing out on it because people turn up their nose at amateur MSPaint art.

I have been evangelizing about the works of Mr. Thorsby for years and “Hitmen For Destiny” was my entry point to his specific, unbelievably strong brand of humor. Each story is a comedy of errors or a Shakespearean farce filled with bizarre monsters whose intricate and alien biology is almost always central to some sort of horrific mishap the main characters are going to fall into. The plot is a long burning chain reaction in which every possible thing goes wrong. There’s plenty of other comics to read, but my personal favorite is, and will always be, “Hitmen for Destiny”, a story about a woman who stands at the center of a series of prophesies that will save the world and the two extra-dimensional g-men (?) who are supposed to keep her on track without revealing themselves. They fuck it up on the first page. Get reading! 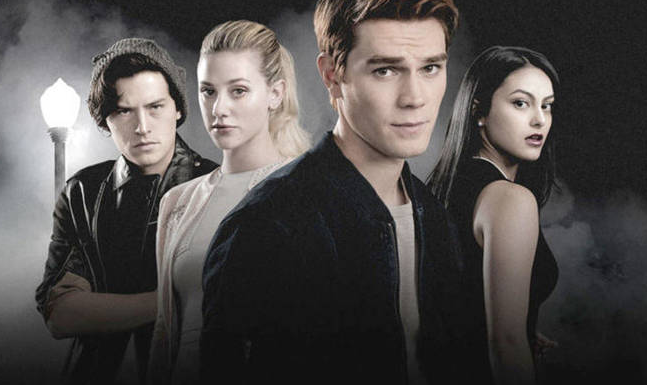 This is the only thing I’ll add to this list that you’ll have to pay real human money for (unless oh well, you know. You can find a lot of things online is all I’m saying.) and you’re already probably driving to my house to pick me up and dramatically hurl me through a window for even suggesting it. I am telling you right now, from the bottom of my heart, “Riverdale” is the only thing I look forward to in this shitstain of an Earth. Everything about this show is wrong. The tone, the clumsy attempts by adults to try to write characters that are 1/4 their age, the overwrought acting, the ridiculous plots; this is a show that is so bad it wraps back around to good. You cannot predict a single thing that will happen in this show and nothing that happens makes sense or is normal. This is a show made by space aliens. That’s the only conceivable way that this show could exist.

Instead of trying to continue to convince you, I will just list some minor things that happen in this show:

listen to “We Hate Movies” – https://www.whmpodcast.com/

Bad movie podcasts are a dime a dozen now, but these self-described “fat guys from New York” have been in the game longer than most and have a special place in my heart for being able to consistently make me laugh and giving me something to look forward to every week. Regular episodes are up to 2 hours of content in which the boys take their time slowly ripping apart movies that range from terrible to good bad to the classic category of “you can watch this hungover”. Foul, yet not offensive, the boys dig into movies you forgot (or wish you forgot) from the 80s, 90s and early 2000s.

If you want a good starting point, hunt down literally any of the mailbag episodes in which readers share the most hair-curling stories I have ever heard in my entire life. I cannot believe people experience these things but they absolutely could and that is the most terrifying prospect of all.

You can support “We Hate Movies” on Patreon where they have a huge onslaught of bonus episodes for you to peruse. My favorite is the “Gleep Glossary”, a deep dive into little known and very dumb Star Wars characters.

An enormous trove of carefully and lovingly clipped snippets of VHS movies found in thrift stores, garage sales and flea markets, Found Footage Fest is a love letter to the period of time when anyone could record anything they wanted on a reasonable budget with batshit insane results. There was, in real life, a period of time where there was a market for instructional videos on how to solicit and enjoy cybersex. People once received videos of eligible bachelors being as uncomfortably frank as humanly possible about their personal quest to find their goddess. This is real human history we have to cling to lest we forget that every moment in human history has been weird as hell. Every video is a little grotesque time capsule and snippet of the collective id of humanity. Everyone has been weird, forever, and we can and should celebrate the incredibly niche markets that we could only be privy by the grace of god preserving these tapes. There is nothing but good stuff on this website. Make good use of it. Learn somethin’. 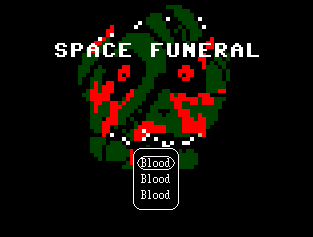 I’ve been thinking a lot lately about how there’s an entire generation of artists, writers and game creators out there who can credit an enormous amount of influence to the works of thecatamites who spent the entire first half of the 2010s sculpting and tapping into a sense of humor that resonated with a bunch of weirdos (myself included). “Space Funeral” is equal parts despairing, hilarious, dark and shameless. The deliberately garish landscape and grotesque protagonists use the basic, no-frills RPGmaker game systems. The music is as eclectic as the game’s visuals (Japanese noise rock, 1960s electronica, the BBC Radiophonic Workshop) and deeply vital to maintaining the dream-like structure that the rest of the games exudes. The game system keeps it grounded and gives you something familiar to tether yourself to, but everything is, and remains, one of a kind and novel almost a decade later. There is nothing in the works directly inspired by it that captures the same, sincere essence of a pure love of making things that appeal directly to you that “Space Funeral” represents.

“Space Funeral” is free, but thecatemites other games are inexpensive and equally wonderful.

Okay that’s it. Get the fuck outta here.